At FOSDEM, on February 1st and 2nd, 2020, we presented ourselves and our projects at a stand. Our project Schul-frei was there with a community stand, a curated selection of Free Software products. Also, AlekSIS was presented to a broader audience for the first time. 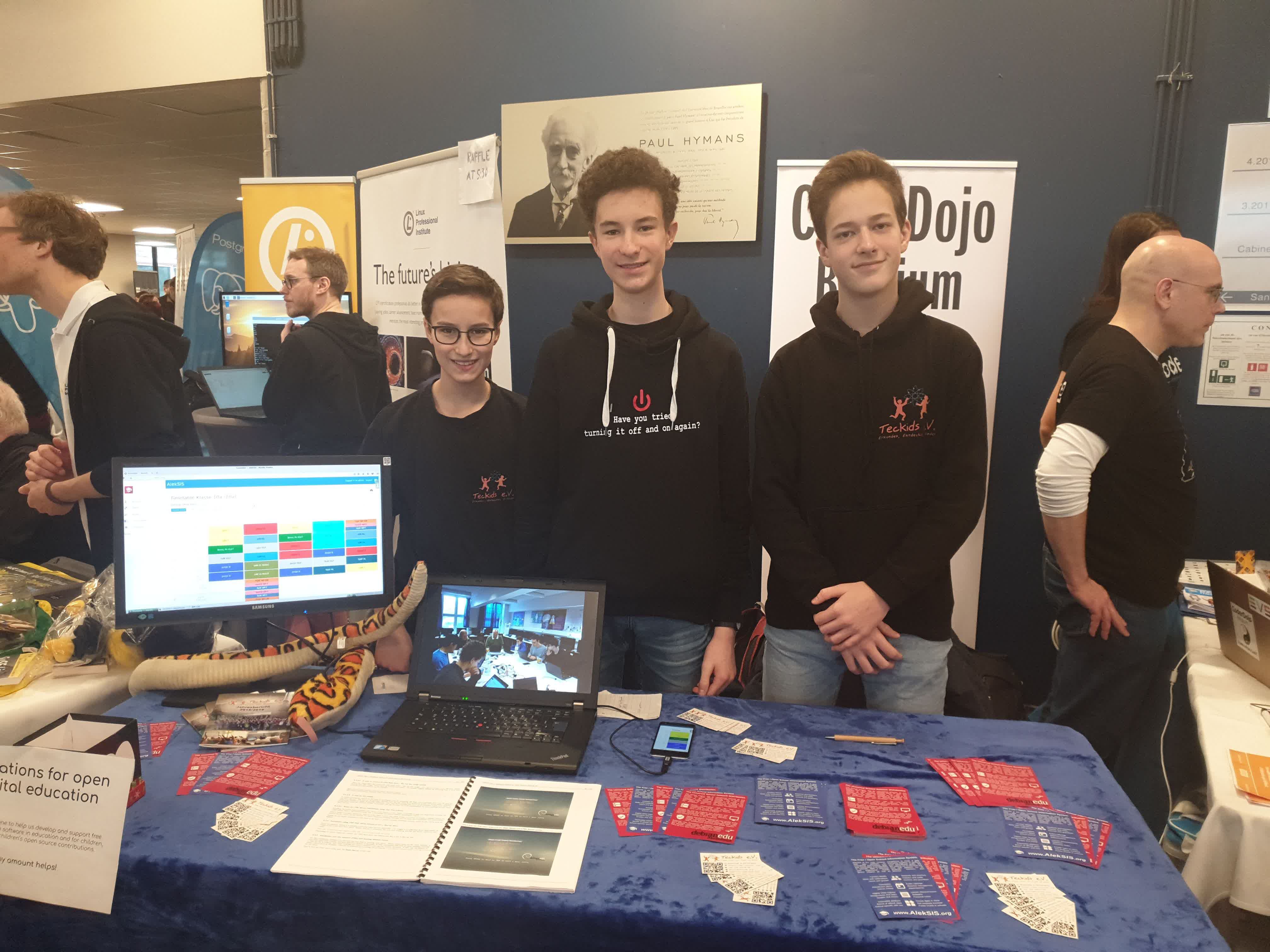 The FOSDEM began for us on Friday afternoon with our departure in Bonn. We went to Brussels in two cars. The first car arrived there in the early evening. First, we went to the university and prepared the stand for the next days. We met the others from the second car in the hostel afterwards.

At our stand, the focus was on our project "schul-frei" together with the school information software AlekSIS. Alexander, Andreas and Niels took care of the stand and exchanged information with up to 200 people about open source in schools and their experiences with other school software. In these discussions, including those with participants from the education system, we found that most other school information systems are incomplete or only partially functional.

Dominik and Niels also gave a talk about free software in schools and education in the community devroom ( you can re-watch it here ). In the beginning, they introduced our organization and Niels explained in which areas of the school software is used and in which free software can be used. He also talked about the problems that free software can have and that you can also use it to your own advantage. Dominik illustrated one of these problems with an example taken from a conversation with a school principal. Afterwards, he presented our project "Schul-frei", which deals with this task. Finally, it was discussed how young people can help in the development of FOSS. Since they are prevented from doing so on some platforms like GitHub, Dominik presented two more alternatives: FramaGit and EduGit. In the end, he called once again to help younger ones but also to let them help you.

Although Benedict and Kirill had been working on similar topics before, FOSDEM was their first participation at a FOSS conference.

Especially interesting for them was a stand where a mixing console was set up with the help of a Raspberry PI and another one where they talked about communication via the Internet with free software. They also attended some lectures on Python.